Developing and deploying emerging leaders throughout the world Learn More 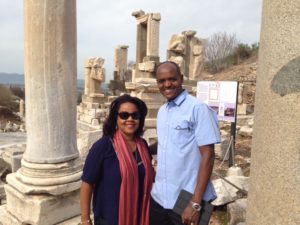 November 2003: Selected national directors of Campus Crusade for Christ from Southern and Eastern Africa met in Harare, Zimbabwe and identified the lack of quality and quantity of leaders as one of the most important challenges of the organization.

June 2007: The same group of national directors who met in Harare four years earlier convened again in Pretoria, South Africa to evaluate the progress made in solving challenges identified in 2003.  The group confirmed that the lack of quality and quantity leaders was still the most important challenge in the organization.

October 2007:  Dr. Bekele Shanko developed and presented the concept of the first draft of ELI Africa curriculum to the national directors’ council of Campus Crusade for Christ of Southern and Eastern Africa that was held in Addis Ababa, Ethiopia.  The national directors approved the proposal.

March 2008-September 2009:  The first four cycles of ELI Africa were conducted.  The comprehensive program was launched in Pretoria, South Africa with twenty-six emerging leaders selected from nine African countries.  Locations of the next three cycles included Rwanda and Ethiopia.

May 2010:  The graduation ceremony for the first cohort of twenty-six emerging leaders was held in Johannesburg, South Africa.  Note:  The ELI Africa program was not yet accredited although the program experienced a 100% retention/graduation rate.

September 2010: The second cohort of ELI Africa was started in Pretoria, South Africa with thirty-one emerging leaders selected from eleven countries in Africa.  This time, students from Nigeria and Ghana joined, making ELI Africa an Africa-wide initiative to address the continent’s most important need: the lack of transformational leadership.  Locations of the next three cycles included Kenya.

December 2012: The graduation ceremony of the unaccredited 2nd cohort of 29 emerging leaders was held in Lagos, Nigeria.  The program experienced a 94% retention/graduation rate.

September 2013:  The third cohort of ELI Africa was started in Addis Ababa, Ethiopia with 20 emerging leaders from eight different countries.  Locations of the next three cycles were Zimbabwe and Ghana.

September 2015:  The name of ELI Africa officially changed to the Global Academy for Transformational Leadership (GATL). This change was made to position GATL to reach the global community.

GATL exists to help accelerate the world’s holistic transformation by intentionally developing and deploying servant leaders of conviction, character and competence from a biblical perspective.

To produce high-impact emerging leaders for the world.

GATL seeks to bridge the existing leadership gap by intentionally developing and deploying world-class transformational leaders who are inspired by spiritual passion, equipped with necessary leadership skills, and founded on biblical and theological principles. 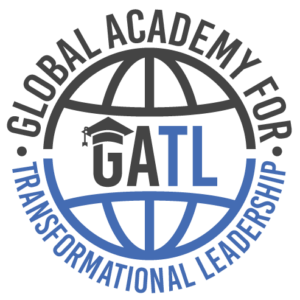